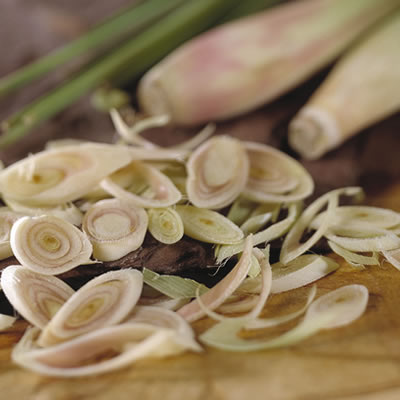 Lemongrass refers to about 55 species of grasses that are native to India. It has a citrusy flavour and is widely used as an herb in Asian cuisine – either in fresh, dried or powdered form. Lemongrass is suitable to be used together with poultry, fish and seafood. It can be brewed as a tea, not only in Asia but in Africa and Latin America as well. It is also used in curries and soups – perhaps the most famous of which is Thailand’s fiery tom yam soup. When used in such a manner, the lemongrass is usually not eaten but pounded to better release its aroma being dropped whole into the soup and then used as a garnish or discarded after cooking. The plant is key to the production of citronella oil, used in aromatherapy oils and soaps – which brings the distinctive aroma of lemongrass to the famous spas on the island of Bintan, Indonesia.